Responsible lighting and access to the night and its star-filled sky is a human right. Around the world, light pollution is destroying ancient traditions and knowledge systems. Overlighting in cities and communities poses a significant problem for the people living there. This year’s conference will focus on the environmental and cultural threat that light pollution poses to people who have been underrepresented in the work to protect the night from light pollution — and invite discussions about how to address these threats.

Each year The International Dark-Sky Association brings together its members from all over the world for our Annual Conference. This year, we are very excited to take this important event directly to our international audience by hosting a virtual conference and allowing our global network to safely and conveniently connect from home.

Registration is free but required. 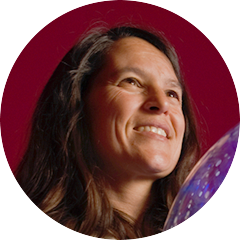 Annette Lee is an astrophysicist, artist, professor, and Director of the Native Skywatchers research and programming initiative. Annette’s keynote discussion will set the stage for a worldwide conversation about the environmental and cultural threat that light pollution poses to people who have been inadequately represented in the effort to protect the night. The presentation will focus on Indigenous Astronomy worldviews, particularly Ojibwe and D(L)akota, and how people from all cultures might look to this relationship with the sky as a reminder of the night’s critical importance. 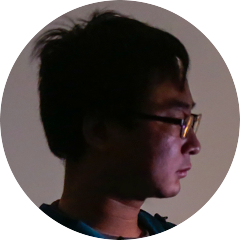 Jeff Dai is an award-winning astrophotographer and science communicator from China He travels worldwide, searching for unique night scenes, from the remote wilderness of the Himalayas to the still pristine night sky above cultural heritage sites along the Silk Road. He is an active member of IDA Beijing, The World At Night project, and National Coordinator at Astronomers Without Borders. He will present how he uses astrophotography and other media to protect the night sky in Beijing. 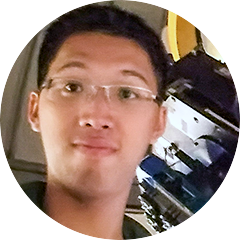 Exodus CL Sit is a Transmedia Astronomer and Astro-Musician from Hong Kong. He is also currently part of the IDA International Committee. By integrating science and the arts, he has discovered their consonance and harmony. Exodus has traveled to 40 countries for inspiration. He will share how he uses STEAM innovation to promote astronomy and light pollution awareness, particularly in Hong Kong. He will also discuss how we could reframe our promotional strategies inspired by the COVID-19 pandemic, from digital transformation to interdisciplinary approaches on night-sky advocating. 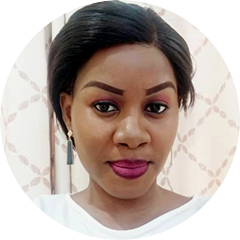 Taking Advantage of the Dark Skies to Popularize Astronomy in Nigeria

Olayinka is currently a Ph.D. student of Geoinformatics at the African University of Science and Technology (AUST) Abuja, Nigeria. She has an extreme passion for impacting youth and stimulating their interest in astronomy. In fact, she has spent the last 13 years carrying out STEM advocacy programs across Nigeria. Her presentation will address the issues surrounding astronomy’s apparent unpopularity in Nigeria, especially the government’s lack of interest in developing a curriculum and making astronomy a STEM subject taught across high and elementary schools. It will also provide insight into Nigeria’s unique dark skies, an invaluable asset that has been vastly underutilized.

Sohéil Salimi is an Iranian engineer who is highly concerned about the Earth and wildlife. In Pasargad (Sa’adat-shahr), known as the “Astronomy Town of Iran,” its Dark Skies Awareness Program became an important event during the Global Astronomy Month (GAM) celebrations. Global Astronomy Month (GAM) is an international project offered each April by Astronomers Without Borders (AWB) to celebrate astronomy across the globe. From 2012 to 2015, Sohéil coordinated the GAM team and the local astronomy association (Astronomical Society of Pasargad Sky). He will share the sponsored activities, including sharing the night sky’s beauty, education programs, and raising public awareness about the negative impacts of light pollution on human health, ecology, and energy conservation. 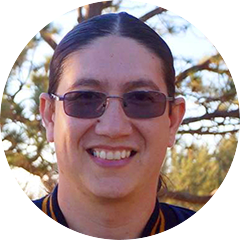 Lessons from Mexico: How To Get Your Light Pollution Ordinance Approved

Born in Nogales, México, Fernando Ávila-Castro pursued bachelor and graduate studies in physics, with a specialty in astrophysics. He has been involved in outreach activities for 25 years — from public talks and newspaper columns to radio and television appearances. Fernando believes education is the solution to light pollution. However, sometimes the fastest solution is to enact public policy that sets rules on using exterior lights properly. Having been successfully involved with three city ordinances, two state laws, and one federal law, Fernando will share insights he has learned in these years working with the three levels of government promoting and enforcing these laws. 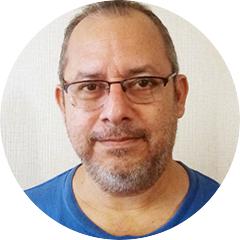 When Light Pollution Follows You: Experiences from Nicaragua and Peru

Although Nicaraguan by birth, Julio Vannini was forced to leave that country and now lives in Lima, Peru. He is an amateur astronomer and science teacher. He will tell the story of how light pollution impacts two very different countries in Latin America — Nicaragua and Peru. Regarding astronomy and environmental care, the policies of these two countries differ a great deal. The Nicaraguan government shows a complete lack of interest in such topics, and any astronomy activities are performed by amateurs. In contrast, Peruvian authorities promote policies for the environment and are interested in both professional and amateur astronomy. Yet both countries are alike, in that the light pollution fight lacks direction. 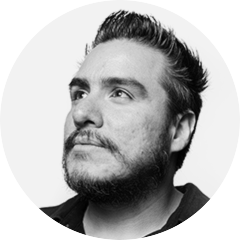 In the Land of the Maya

Sergio is an accomplished Guatemalan landscape astrophotographer, science communicator, and dark skies activist. His presentation aims to show how people can use astrophotography as a scientific tool. It will also share how the reconstruction of the cultural heritage is possible with astrophotography by allowing people to relate to ancient observations of the cosmos reflected in the different archaeological landscapes. 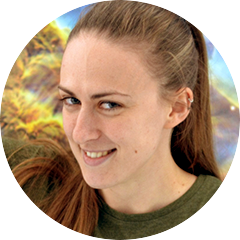 How to Turn People to the Dark Side, Sorry, Skies

Dajana Bjelajac is a Ph.D. student and a teaching assistant at the Faculty of Sciences in Novi Sad. Her presentation will be based upon her personal experiences over the last five years with workshops and projects on popularizing science and raising light pollution awareness. The goal is to answer questions like: What is science communication, and why is it crucial for the general public’s proper education? How do you get people together to work on light pollution projects with the same passion as you do? And even how to make a brand of your organization/stories/events, and why is that important? 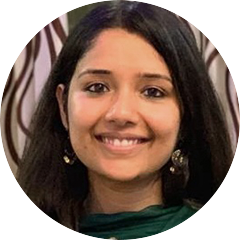 Sonal will discuss Astrostays, a community-driven astrotourism model that puts communities at the heart and center of the tourism model. The program is aimed at empowering and strengthening communities by diversifying economic bases and creating new opportunities for livelihood creation using astrotourism as a key development intervention. This model is also an innovative form of experiential and sustainable tourism that generates economic benefits for remote and rural regions of the world that have access to clear night skies while creating unique life-changing experiences for travelers. Sonal will share the way the Astrostays model currently works in the Himalayas where it has been implemented. 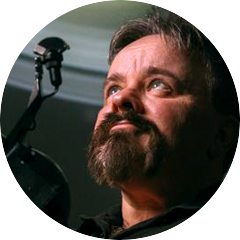 Paul Curnow has been an astronomy lecturer at the Adelaide Planetarium since 1992. After nearly three decades of research, he is regarded as one of the world’s leading authorities on Australian Aboriginal night sky knowledge. In this talk, Paul will introduce you to some of the Aboriginal cultures of Australia and explain how they view the Southern Cross and some of its neighboring stars in the constellation Centaurus. 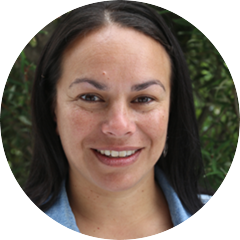 The Significance of the Night Sky, It’s in Our DNA

Victoria has spent the last 20 years working in the New Zealand education sector. She is an enthusiastic advocate of Māori language and culture including Māori astronomy. Victoria works for Te Rūnanga o Ngāi Tahu (the tribal council established to protect and advance the collective interests of the iwi/tribe – Kāi Tahu) and recently completed a secondment with Ngāi Tahu Tourism working on the Dark Sky Project. Victoria and her whānau are committed to the protection and preservation of the natural world, mō tātou, ā, mō kā uri ā muri ake nei — for us and our children after us. 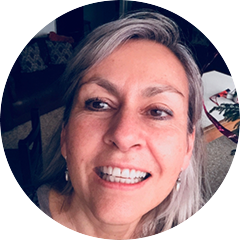 From Turtles to Stars: A New Strategy for Dark Skies and Astro-tourism in Costa Rica

Alejandra León-Castellá is the CEO of CIENTEC Foundation, a Costa Rican NGO that works with public and private institutions to promote science engagement, science communication, and improvement of science and math teaching. After more than 30 years of astronomical outreach programs, the CIENTEC Foundation, in liaison with the Spanish Starlight Foundation, is launching a new strategy to promote the conservation of dark skies and to develop a niche for astrotourism in a country well known for its environmental conservation efforts. Further action is required to conserve turtle populations by reducing light pollution affecting their nesting behaviour. Costa Rica’s South Pacific Region is taking the lead in promoting the connection between the region’s famous Stone Spheres and the observation of the skies by ancestral cultures.

Sessions will happen across 24 hours in three different time zones beginning with a global opening on Friday, November 13 at 1:00 PM PST (4:00 PM EST, 21:00 UT). The conference will then move to three regional breakout sessions on Saturday, November 14, each two hours long. Then, conference attendees will come back together for a global closing session at 1:00 pm PST (4:00 pm EST, 21:00 UT/London).

T-shirt or hoodie · Available in 2 colors 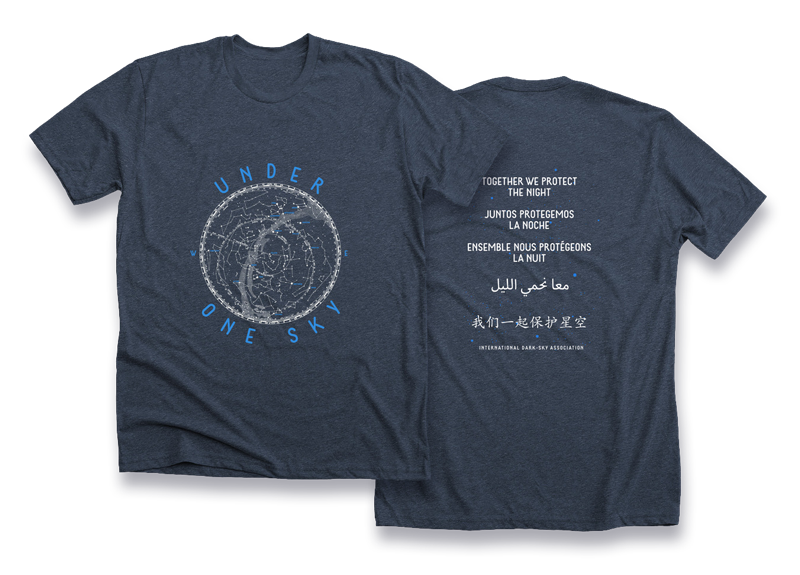